Some might argue that Chick-fil-a is already great. The lines wrap around the building during lunch hours. Double drive-thru lanes are popping up rapidly. But this is America where we expect perfection. I don't mean the America that fancies a sliding 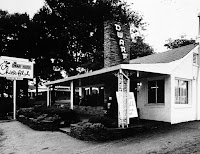 scale menu for the entitled or exorbitant wages for college workers to afford their IKEA furnished apartments and photo-opp drink habits. I mean the America that wants things to be like they used to be when life was slower and priorities were centered around family rather than self(ies). The Chick-fil-a business model epitomizes traditional American values, so let's make this place great again.

Posted by Pardon My Perspective at 9:46 AM 3 comments: